Located in the beautiful hills of Tuscany, Cortona is one of the most ancient Etruscan towns.

The city is surrounded by its ancient Etruscan walls, which were reinforced by the Romans and during the Middle Ages. The west side of the walls is completely preserved and distinguished by the Etruscan gate of Porta Bifora (2nd century B.C.).

Cortona’s centre arises around Piazza della Repubblica, on to which faces the Palazzo del Capitano del Popolo, with its bell tower dating to the 13th century and the imposing staircase to the palace.

In nearby Piazza Signorelli, we find Palazzo Casali (16th century), today home to the Museum of the Etruscan Academy and of the City of Cortona. On its right is the Teatro Signorelli (19th century) with its beautiful loggia.

On Piazza del Duomo stands the Duomo (15th century), the Church of Santa Maria Assunta. In the building opposite, once the Church of Gesù, is the Diocesan Museum.

The Basilica of Santa Margherita is located in the highest part of Cortona.

The most important events taking place in Cortona are: 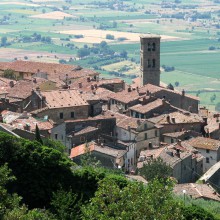 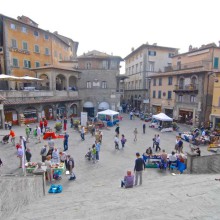 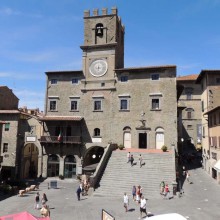 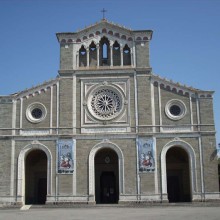 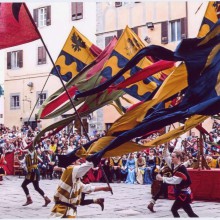 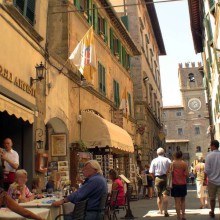 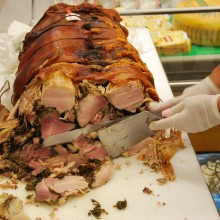