Arezzo is a city with very ancient origins as an important Etruscan and later, Roman centre.

In the Middle Ages, Arezzo became a powerful free commune, often led by its bishops who were counts of the Holy Roman Empire.

The historic centre still retains all the charm of its illustrious past with its main monuments filled with works by such great medieval and Renaissance artists as Cimabue, Piero della Francesca, Andrea della Robbia, and Giorgio Vasari.

Piazza Grande, also known as Piazza Vasari, is the centre of the city. With its unusual layout, it is overlooked by such historic buildings such as the Palazzo del Tribunale, the Palazzo della Fraternità dei Laici, and the magnificent Palazzo delle Logge.

There are many monuments and places to see in this beautiful city.

Today, Arezzo’s creative genius is expressed in the goldsmith’s art, making it world-famous as the city of gold. 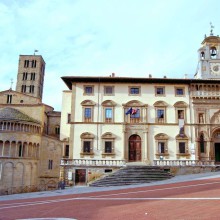 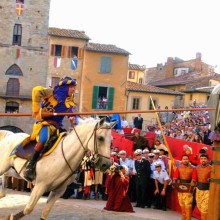 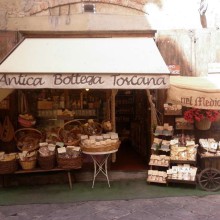