Surrounded by vineyards and olive groves, Vinci is located on the slopes of Chianti-Montalbano, between the provinces of Florence and Pistoia.

Near Vinci, in Anchiano, you can visit the home of Leonardo da Vinci, where he was born on 15 April 1452 and spent his childhood.

The original village centre is the Castle of the Guidi counts, its complex still today a fortress with a high central tower.

In the panoramic square is Mario Ceroli’s large wooden sculpture (1987) which interprets Da Vinci’s image of the Vitruvian Man. A few meters away is the entrance to the Museo Leonardiano, in which more than 60 models of Leonardo’s machines are displayed.

Within the perimeter of the ancient castle are the church of Santa Croce with the baptismal font where Leonardo is believed to have been baptized and the Leonardian Library, which complete the tour.

It was a favourite place of emperors, such as Frederick II, and of popes, like Gregory V and Eugene IV.

Some places in San Miniato are truly dizzying, like when climbing to the top of the fortress, with the Tower of Frederick II, also known as Barbarossa; the Tower of Matilde of Canossa; and the 16th-century Accademia degli Affidati.

A visit to Piazza del Duomo is not to be missed, where it is lined by some of the oldest and most prestigious buildings of the city, including the Town Hall, the Bishop’s Palace, the 14th-century Palazzo dei Vicari and the Duomo. Then there is the elegant Piazza del Seminario and Piazza Mazzini whose panoramic terrace overlooks the countryside. 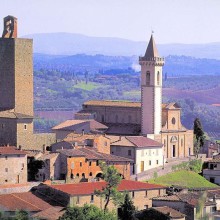 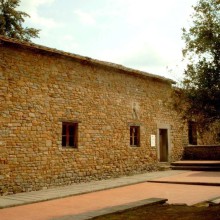 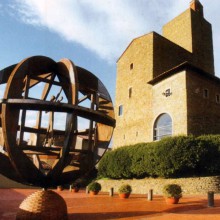 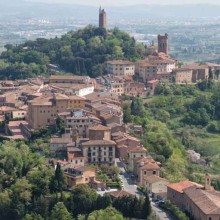 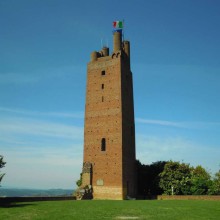 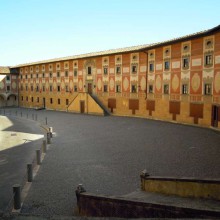 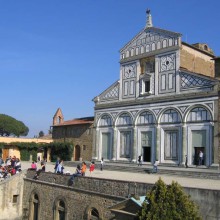 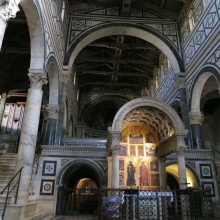